The Ballboy: True Tales of a Season in the Big Leagues 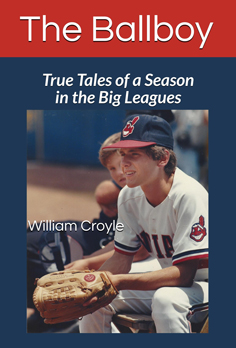 In 1986, 17-year-old William Croyle entered a Plain Dealer newspaper contest to be the batboy that season for his beloved Cleveland Indians. Though he didn't win the top honor, his runner-up finish gave him the opportunity to be the ballboy along the right field line and work in the visiting teams' clubhouse before and after each game. This dream job gave him inside access to some of the game's greatest players, from George Brett to Reggie Jackson to Cal Ripken Jr. It was also the Indians' best year in nearly two decades, one that many agree saved the team from moving.

In the only book William has written about himself and plans to write about himself, the details of the Indians' quest for the pennant and his interactions with players and managers provide a unique, fascinating, and oftentimes humorous perspective of what it was like to be immersed in the lives of those he grew up idolizing. If you're a baseball fan to any degree and for any team, you will love and appreciate this extraordinary, behind-the-scenes account from the eyes of a ballboy.

“The Ballboy: True Tales of a Season in the Big Leagues,” was published by West Park Publishing.